WORK ON THE ALTAR OF HEAVEN: ARE YOU GETTING THE ANSWER RIGHT, BUT LIVING IT OUT WRONG?

Stepping into the simple and warmly lit Aracely café, nearly 40 pastors and business leaders shook off the rain. Several immediately pulled out their phones and started searching for a connection. It seemed appropriate though that in this far corner of Treasure Island, in this place whose name means altar of heaven, that if you want to connect with God, the rest of the world needed to go silent. 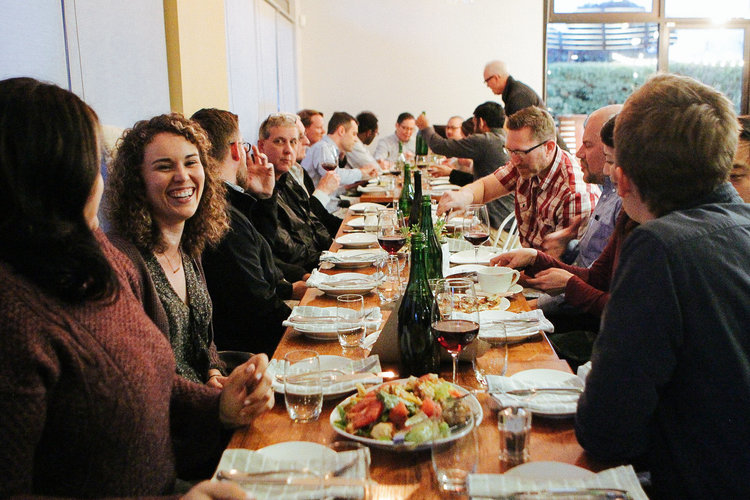 Some had driven nearly two hours to hear Henry Kaestner, managing partner of Sovereign’s Capital. Wearing the ubiquitous VC uniform of a muted sweater and button up shirt over jeans, Henry did not endeavor to stand out. If anything, he hung back a little when introduced. Sitting on an industrial metal stool, he stated sincerely and humbly, “The most important thing in my life is faith. Work fuels the fire but is not as important as family. So, my priorities are faith, family, work, and fitness.” 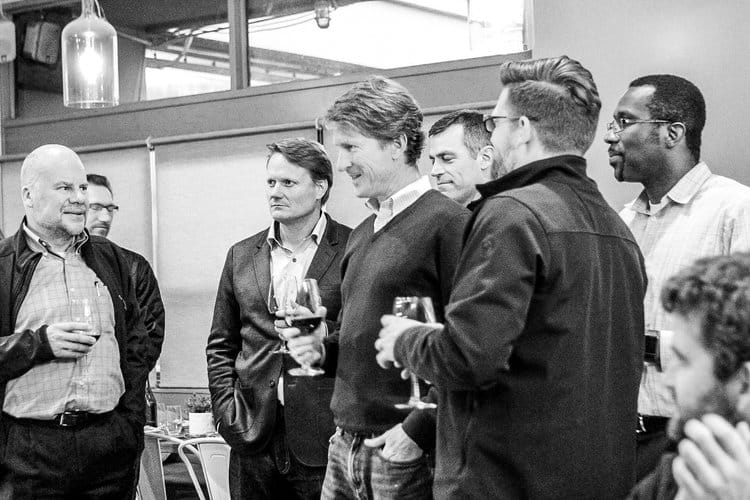 Henry and his founding partner David Morken originally came to Silicon Valley to raise capital for a telecom startup. While they didn’t have a fish on their business cards, they made it clear to investors that they worked for the glory of God. They went 0 for 40. No one bit. It was later that Henry realized they weren’t seeking God, they were being willful. In the end their friends and family funded Bandwidth.com which went on to build one of the largest nationwide IP networks. If you’re making a call on Skype, chances are you’re doing it on the network Henry helped create.

Henry and his partner grew their success on the foundation of an intentional faith-based work culture, proving that Christian businesses can compete but finding that the VC business didn’t get that. This led Henry to start Sovereign’s Capital in 2012, a venture capital fund for Christian led businesses. Henry shared, “The worst part is saying no to 99.99% of companies which is why we then started faithdrivenentrepreneur.org to encourage faith driven enterprises, not just in tech but for anyone looking to create jobs, love on customers, and build community.”

Henry has observed through his investments in faith driven entrepreneurs that when asked if success is critical to salvation, all would get the answer right and say no, but they would live it out wrong. 34 out of the 36 entrepreneurs he has invested in have high levels of anxiety, much more than most Christians. Grace was lost on them.

“IT’S A PROBLEM OF IDENTITY. YOU GET CAUGHT UP IN THE NARRATIVE OF THE WORLD WHEN YOU HAVE SUCCESS. YOUR IDENTITY TURNS FROM CHRISTIAN TO SUCCESSFUL TECH FOUNDER, LAWYER, FILL IN THE BLANK. NO ONE CONTINUES TO GROW 20% MONTH OVER MONTH.

Henry himself grappled with this. When his son Benjamin got sick for over a year, he was really thrown. During that time, Henry could not be more than two miles from his son’s school. “It was really depressing. I realized that my identity was based on being a successful entrepreneur and venture capitalist. It was a season that God loved on me as I struggled through it. It was one of the most spiritually rich times of my life though at the time I didn’t see it at all. A God who loves is all that matters. If we tap into that then we can respond by bringing all we are to the altar.”

10 TIPS FOR LIVING IT OUT RIGHT

For more pictures of the event, and quotes from attendees, check out the original post here.

How to Have Courageous Conversations on Racism in the Marketplace

READ TIME: 3 minutes
Learn from two marketplace leaders on how they are working towards sustainable change in the marketplace.
Read Now
Marketplace

Get Free from Performance Addiction

READ TIME: 8 minutes
Amie Gamboian “made it” in the corporate world, but felt trapped. Now’s she’s free and freeing others.
Read Now