We sat down with Andrew Chalmers, founder and director of Take the City, to talk about citywide evangelism on the newest City Gospel Movements podcast. Andrew’s passion for evangelism challenged our faith and emboldened us to share the Good News with our communities. Feel free to read highlights from our conversation or listen here:

Take the City believes that they can transform a city by Serving, Proclamation, Compassion and Justice. They are a movement based in Columbus, Georgia and work in cities across America. Take the City focuses on unity in the body of Christ and proclaiming the Gospel. They desire to see different denominations come together for the good of their city. One of the ways this is lived out is through church attendees getting out of the four walls of the church to share the Gospel in the cities where they live.

A: When I was 12 years old, I was introduced to drugs and alcohol. By the time I was 15, I was taking prescription painkillers. At the time, being high was what I had been looking for; drugs were my solution. I was in and out of rehab, but it never stuck. During this time my parents were really worried and consistently praying for me. They asked for prayer from their community and one man asked if I had ever tried Teen Challenge. I had not, but my parents found me on the streets in Atlanta and invited me to go. I told them no, however, the next morning I heard a voice, which I now know was God. The voice said to me, “If you don’t get out something bad is going to happen to you.” I heard that three times and by then I was really scared. I somehow found a phone and called my dad to pick me up. Immediately after, I started Teen Challenge in 2009.

“God was pursuing my heart even as a young kid.”

Q: What was your experience like at teen challenge?

A: I blamed God for the bad things that happened; later I realized I was reaping what I had sown though. I was going to leave Teen Challenge with another guy; we were going to quit the program. The day he left, a man at Teen Challenge declared the Lord’s plans over my life. Instead of leaving that day, I got down on my knees and surrendered my life to God. I decided to stay at Teen Challenge.

After the program, which was 12 months, I took an internship with Teen Challenge for 6 months. Every time I made a commitment, the Lord told me I needed to fulfill that commitment–no matter what. I needed to honor my commitments. I continued with Teen Challenge to work with the Bible college they were starting and, after two years in 2012, I moved to the corporate office in Columbus, Georgia. Staying with them allowed me to have accountability in my walk and to stay sober.

Satan did tempt me though. It was not a completely smooth road. Satan used girls to persuade me to leave my faith. I recognize that I made it through this with the help of the Holy Spirit who was transforming me and still is. 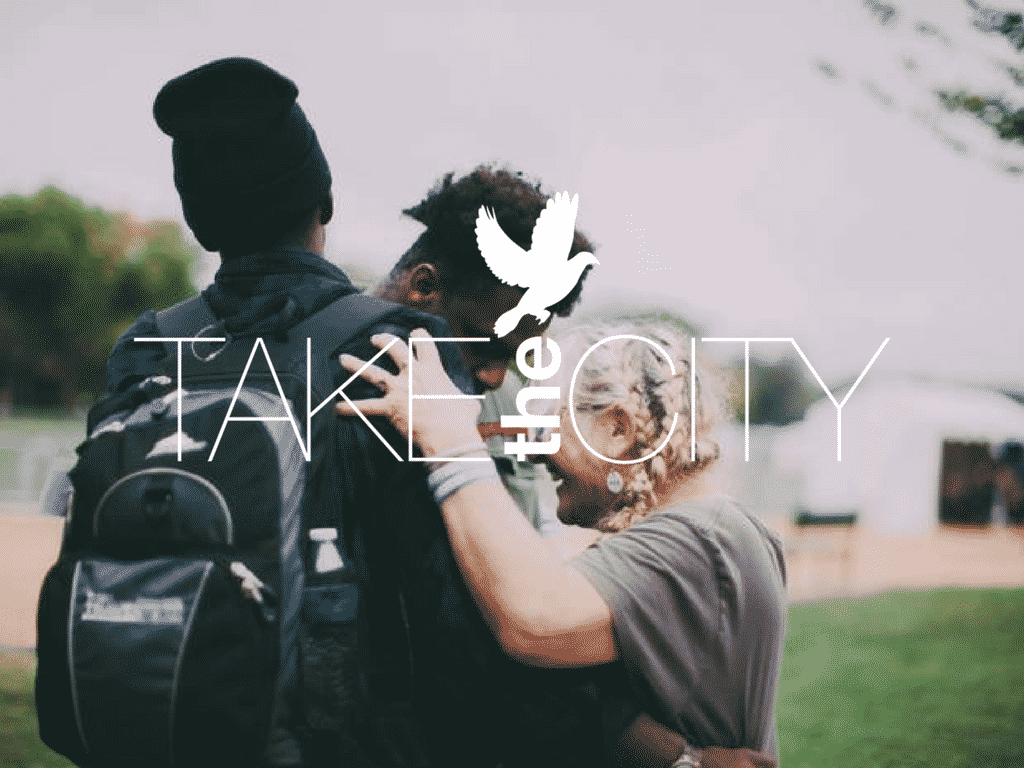 Q: How did Your Organization “take the city” form?

A: When I started at Teen Challenge they were in a season of wanting to get back to their original organizational missions to share the Gospel and disciple people. They asked me to plan a citywide outreach, but I had no background in planning outreaches so this was going to be a first for me.

At the time I was studying in the Book of Joshua chapters 8-9. Joshua is identifying and stepping into his calling. As he is doing God-sized assignments he realizes God’s faithfulness. We read the Lord reminding Joshua to get up and go, “Take this city, I will give you the city of Ai.” That is when I realized God was saying, “Andrew, I will give you Columbus, Georgia, I want you to take it.” I knew we needed to see where the enemy had taken the city and then take the brokenness back for the glory of God. God’s Kingdom needed to be built and restored in these areas.

“Through the Gospel we can see our city taken…for the glory of God.”

The citywide outreach that I helped organize included 15 different outreaches in an afternoon. All of these groups walked the streets and shared the Gospel around the city. When groups came back we shared testimonies. It was a powerful event. After the conference a local pastor approached me and said, “What if we did that again?” My initial response was: ‘Great idea, but you can do it because that was a lot of work!” But we got together and prayed about it, and the next month we went out on the streets again to share the Gospel and serve. This regular outreach became known as “Take the City.”

How it occurred, was on Friday night, we gathered and prayed for our local community. At the beginning there were about six churches involved. Then on Saturday, 40 people went out into the city and shared the Gospel. When we were done, we regrouped and shared testimonies. Those who participated kept asking, “Hey do you guys wanna do this next month?” That is how Take the City began to grow.

Q: How many churches did you start with and where are you at today?

A: When we first started there were relationally 3-4 pastors on board and 6-10 churches represented. Our outreach leaders were from different backgrounds and everyone brought their own strengths. Whether that be leaning on the Holy Spirit, knowing the Word of God or best ways to approach people. We decided to let the outreach leaders facilitate their own thing and lead their style of evangelism. They would go to a certain part of town and share their faith in the way they were gifted.

Recently we had an event, Saturate the Valley, that involved 40 local churches in our city. We trained the churches to go and reach families right behind their church. We provided the training, gospel literature and an outreach tool called the Encounter Outreach app. 4,000 families heard the Gospel that day in a 3 hour period. We now have between 40-80 churches that participate in the many events we plan. A large event is upwards of 100 churches involved. For everyone’s understanding, Columbus is a mid-sized city around 300,000 people in the area. 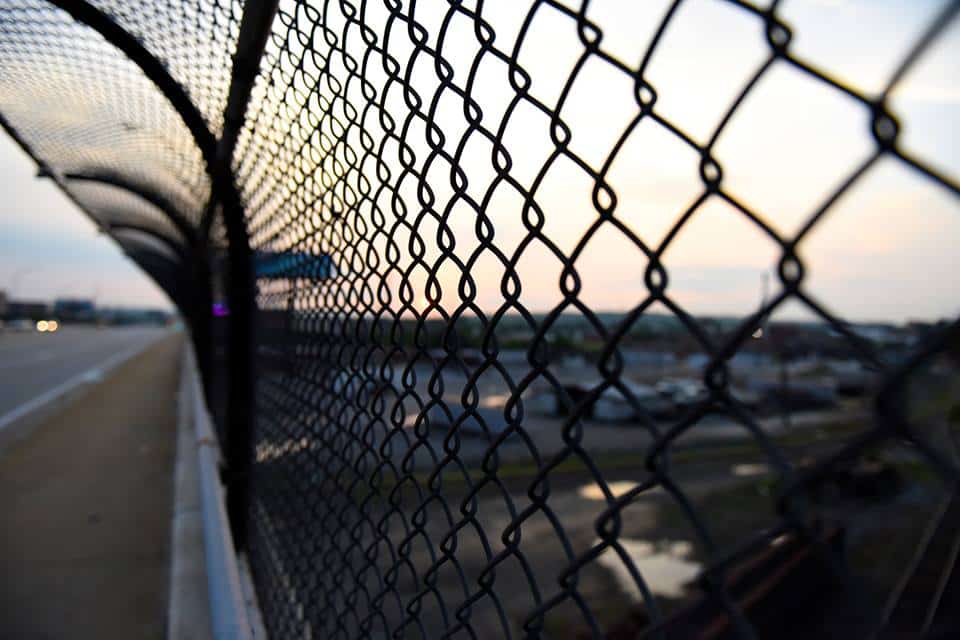 Q: WHAT DOES take the city outside of columbus LOOK LIKE?

A: Over the last few years we have had churches interested in hosting evangelism training so we developed a training for other churches to use in their cities. It is based on relationships where we get to know those churches and then offer the training.

Q: What would you say to city leaders and outreach pastors WHO EXPERIENCE hurdles when sharing the gospel?

A: The local church knows the Great Commission. We, as followers of Jesus, are called to make disciples and share the Good News. The reality is a lot of people aren’t doing this because of the misnomer that we can be good people and then people will assume we are Christians and want what we have. While this can be true, we must also be inconvenienced and obedient to the Great Commission. We have to communicate the message that Jesus came as God to pay the price for our sin. He died on the cross and was resurrected three days later and is eternally our Savior. He is the only Way, the Truth and the Life and we must go through Him to be with the Father. People don’t feel qualified to share this or simply don’t want to, so here are four simple things I teach that are key when sharing the Gospel:

1. People need to come into their identity in Christ.

4. Train people how to share their personal story and the Gospel message.

See what Take the City looks like and hear directly from Andrew by watching this video:

You can stay up to date with Take the City on Facebook.

Andrew Chalmers is the founder of the movement called Take the City. After being radically delivered from an addiction to street drugs in 2009 he received a passion to share the love of Christ with people in cities and nations all over the world. He has had the opportunity to share his testimony and do ministry in places ranging from small house churches and Teen Challenge programs to stadiums with over 25,000 people. He loves to share what God has done in his life and encourage others to live a life of complete surrender to Jesus Christ! He lives with his wife and sons Landon and Josiah in Columbus, GA.