What is there embedded in the heritage of your area which lends itself to mission?

One mission we initiated in the East end of London, in the United Kingdom, began with curiosity over a pub sign which had incorporated a large icon of an Orthodox saint.

In an urban environment where no one appears to be paying much attention to the Christian message, there are a surprising number of Christian things layered into the landscape which you may be able to use to share the gospel.

A Saint and a Pub

When we moved house to live in Collier Row, in one of the outer London Boroughs, we got curious about this icon we saw swinging above the door of one of the local pubs – the Colley Row Inn. Collier Row was formerly a village which has now been swallowed up by urban development as London expanded. It wasn’t somewhere you would normally associate at all with a Greek icon.  Our local church leaders group occasionally met in the pub for breakfast, but none of the long-standing members knew why there was an icon on the pub sign. The staff didn’t know either. Clearly someone must know, we thought, but it was only later, after a refurbishment, that a plaque appeared on the wall explaining all. 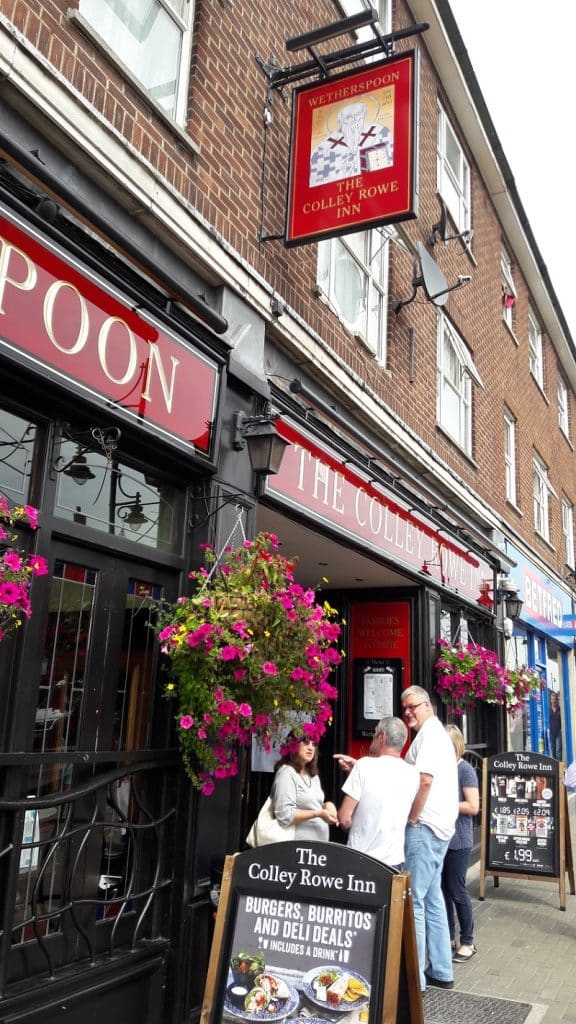 The icon in question was of St Alexander of Comana, the patron saint of charcoal burners. Collier Row was aptly named because, in medieval times, this was the place on the edge of the forest where the charcoal burners lived (called colliers at that time). Of course, we realised that they would have made a big thing of their patron saint in those days, especially each year on his official feast day, August 11th. Amazingly we had stumbled on Collier Row’s very own patron saint, and when we read his story, we realised it could be used to convey the gospel challenge of giving our lives to God, and allowing His plans to unfold in us.

Alexander had run away from his worldly life to hide as a charcoal burner in Comana. But when the next bishop of Comana was to be chosen, Alexander was pulled out of the crowd as the one God had truly called to take on this role.  At that moment Alexander decided to hide no longer, but to flow with the plans God had for His life, and to be a blessing to his community.

A natural opportunity for gospel conversation

Using this story, we put together a leaflet which challenged people not to hide away, but to come to the God who knows the best plan for their life. We approached the pub manager who was more than happy for our small team to be in the pub on August 11th, which we dubbed ‘Don’t hide your blessings’ day – celebrating Collier Row’s very own patron saint.

On that day, we handed out vouchers for a free drink, along with the leaflet, and some themed beer mats that we had made. A number of local Christians came along and had meals during the time we were there, so business for the pub was boosted. In our team there were some outgoing friendly types who knew how to open up conversations. They engaged well with some of the regular locals using Alexander’s story as a starting point and had some great conversations about Jesus and the meaning of life.

HOW Local churches joined in

Some of the local people had already heard about the day from the local priests at both the Roman Catholic and the high Anglican churches. We had approached them before the event and planning for August 11th. They were very supportive and gave donations towards the free drinks, and, on the Sunday prior to the day, profiled the story of the saint at their services. We also gave them a prayer card with a clear gospel challenge to hand out. The prayer cards were designed in a style familiar to their tradition and went down very well. 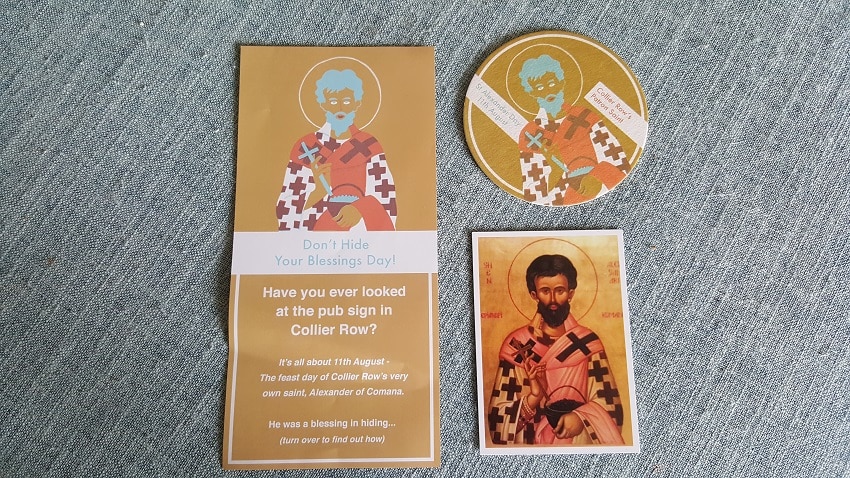 Step outside of the typical to share the gospel

We are praying that the scope of the day will be extended in future years, and that August 11th will become part of the local cultural calendar of Collier Row.  Celebrating a saint’s day at a pub was not a normal part of our own church subculture, but we decided to go outside our comfort zone, connect with Christians from very different traditions to our own, and make use of the swinging pub sign, which unknowingly, was pointing to a great gospel story.

Why not pray about your area, and let God point out some unusual things hidden in its heritage which could help you to share the gospel message in your city?

Bob and Mary Bain have networked with local churches for many years, encouraging engagement with the whole community. They are directors of Welcome Network, a UK based charity. The vision of Welcome Network is that every person will experience the love of God and know that they are accepted and belong, whatever their age, background, or culture.