We had the privilege of interviewing Jason Janz on the most recent City Gospel Movements podcast. Jason is someone who has that special ability to push you to the edge of your faith and motivate you to take the jump. Listen to our conversation, or read the show notes below!

You lead Cross Purpose (CP) whose tagline is: “We want to live different together.” Can you tell us about Cross Purpose?

CP is a non-profit based in the inner city of Denver, Colorado. Our mission is to abolish economic, spiritual and relational poverty through career and community development.

We take people who live in financial poverty, and over the course of six months, build family around them and a career opportunity to build self-sufficient lives.

What motivated you to do this?

I grew up in the Midwest. My dad’s business collapsed when I was a kid, so from my earliest memories, my childhood was a childhood of poverty. We moved to Denver when I was 11. I remember living in poverty and thinking, “Who can help us get out of poverty?” There were few people that really could help us.

We’d stay in close relations’ basements when our house foreclosed.

Then I got involved in vocational ministry. I got connected to a church that helped my family get back on our feet. After twenty years of being involved in this congregation, I felt like I wanted to be a part of a church that would more aggressively pursue the community. I wanted to see a church move beyond tracking conversions, but work towards a more holistic gospel that didn’t just love the soul, but loved the body as well.

This motivated me and my family to move to downtown Denver 10 years ago.

Even when we moved downtown, we were addicted to drive-by charity. You know, backpack giveaways and meals, but nothing really changed the game around poverty.

After working with about 3,000 people in poverty, I realized we need a different solution than the one we are currently employing as a church. 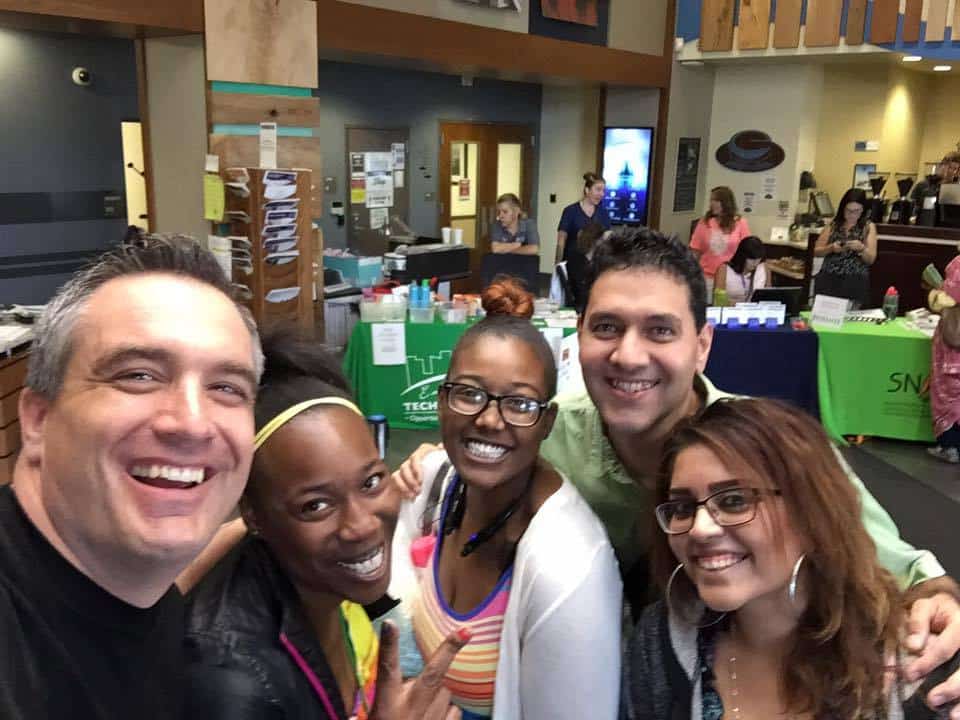 How did you recognize what it takes to get someone out of poverty?

The federal government has defined poverty. A single mom with a kid is making about $16,000 per year. A family of four is living off about $22,000 per year. So to get out of poverty, you have to make more than that.

The other myth is that if you get someone a job, they’ll get out of poverty. There is a difference between a job and a career where someone can be self-sufficient. We need a heftier solution if we want to move people down the runway to a fuller life.

We have to admit to ourselves that we aren’t changing the game by having a Thanksgiving dinner for the poor. Actually, this is another form of dependency.

When I see the church hating the government handouts and breaks, I find the church is a lot less rigorous than the government. The government makes you fill out five job applications before giving you a handout. The church will give you free food and pray for you. There’s no accountability.

There is a disconnect between what we believe about the world and how we are living out our good works in the neighborhood.

We need to move to the biblical justice where we people them until the need is met.

A lot of organizations don’t address the money issue. But this is a core issue.

Walk us through Cross Purpose’s program.

We have had 100 graduates so far. Tonight we’ll graduate another 25. Next year, we’ll work with 225 neighbors who will go through the program.

The result is life transformation.

When people get their basic needs met—food, clothing, shelter—they can start thinking about what they were created to be and their calling in life.

We provide the oxygen so that they can breathe and start thinking and dreaming about life. 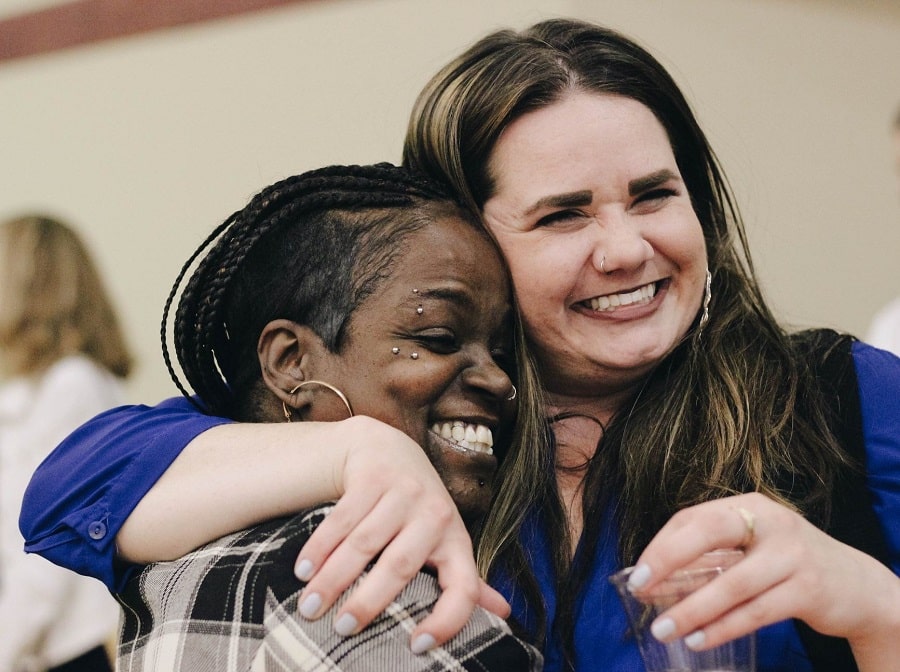 What tells you, “This really works”?

It’s the stories of changed lives. We live in one of the most segregated times in our nation. People don’t know how to build relationships with one another.

The graduates of the program speak most about the social capital that has been developed through their experience with CP.

I can’t employ enough staff to meet needs. But when you see neighbors engage with neighbors in needs, deep relationships develop and a frayed society is weaved back together. People are helping each other move, they’re fixing each other’s cars, and you start seeing shalom in society.

When I talk about poverty, most people think about the homeless population. Yet, only 2% of the impoverished population are homeless in the United States. 98% of those in poverty are housed. In all American cities, you can be in relationship with individuals who are impoverished, but it doesn’t look like homelessness.

How do people learn about Cross Purpose and get involved in the program?

We have 85 partners who work in some sort of human service who refer people to us. These partners are government agencies, faith-based non-profits, and others. We are the 2.0 of poverty programs because we walk with people all the way through the process. We pay their way through—everyone has a $500 relief fund if the brakes on their car go out. Everyone gets a living stipend of $400 per month while they’re in the program. No one else in town does that.

I say this all with “good Christian pride” in that we should be the experts and the most loving people in our communities because we serve this Christ who loved the poor and had an all-encompassing desire for people to live flourishing lives. 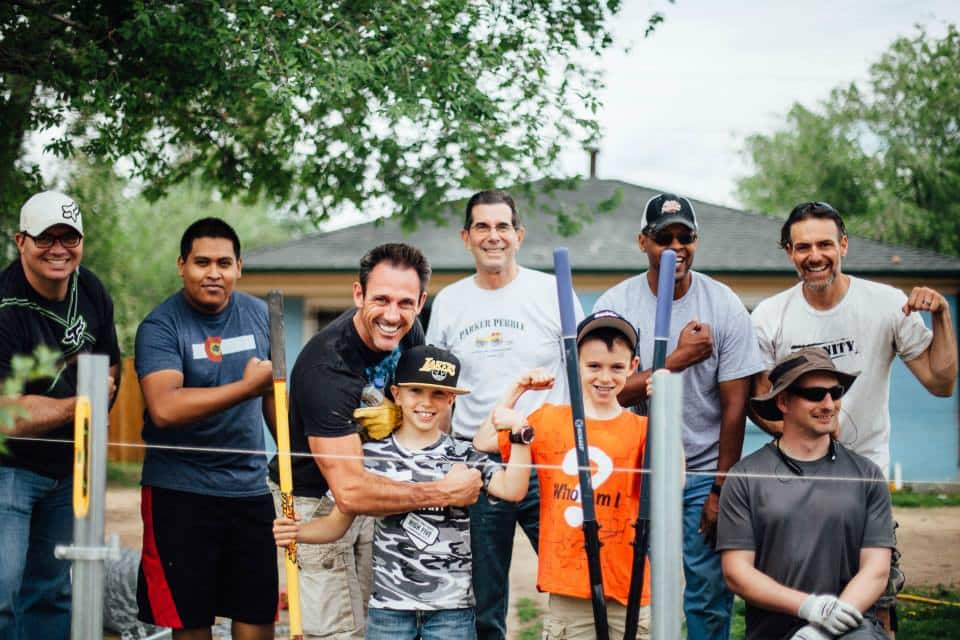 If you had a roomful of pastors who were filling backpacks, running clothes closets, and giving out turkeys, how would you challenge them to think differently?

When Helping Hurts is a book that challenges us to approach poverty not with a relief solution but a development solution. I would challenge them to see ministry in the community as Christian discipleship.  If you do this, the community will be the context in which your people will connect the preaching and teaching they hear at a much deeper level because they’ll will be on the edge of their faith trying to do something for the Kingdom.

I’d say to these pastors, “Create chaos in your people’s lives so they have to drop to their knees in prayer.” 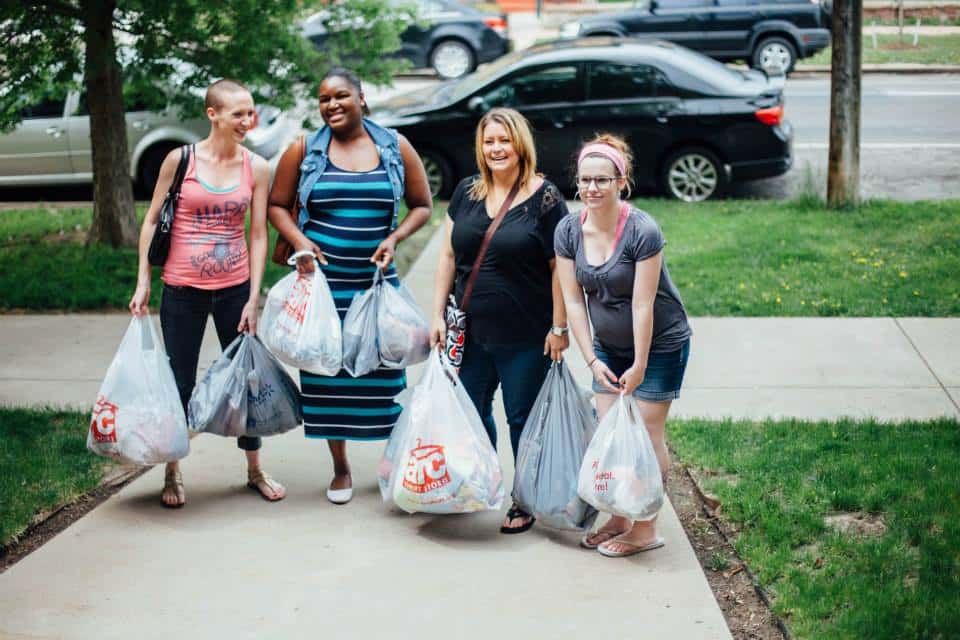 Can you describe the relationships that have developed between people in the program and the Allies who volunteer?

We try to get rid of the old mentorship model which can come across as paternalistic to someone in poverty. We talk about mutual mentorship.

When you walk in the door, you have to identify your own poverty. For some that is economic. For others that is spiritual, social, and emotional. This creates the common ground on which we can interact.

We then introduce them to one another. We put them in small groups where there are about seven people trying to exit poverty and about three community volunteers who we call “allies.”

They go around the room and do “speed dating” where those in the program can decide which trio of allies they want to join.

Then they go on this two-day retreat. It’s like camp for adults. There are games and songs. It’s on the retreat where we talk about how to develop friendships and learn about seven levels of intimacy. On the second day of the retreat we just sit in a room and everyone tells their life story for about 20-30 minutes per person. There is a bond that forms that is powerful. You learn that the rich have just as many problems as the poor. They become a mutual support group for one another.

There is a multi-millionaire who came out of Silicon Valley, who’s been on the cover of Money Magazine, who showed up in shorts and a t-shirt who is sitting next to a man who spent eight years in Angola—America’s worst prison—and they’re friends.

I can give you a hundred of those stories.

You see a family developing and I think this smells like the Kingdom. I think the church is a sneeze away from doing this because something the church does well is relationship-building through small groups. We can get into people’s hearts quickly and very few organizations these days, in this culture, are doing that. 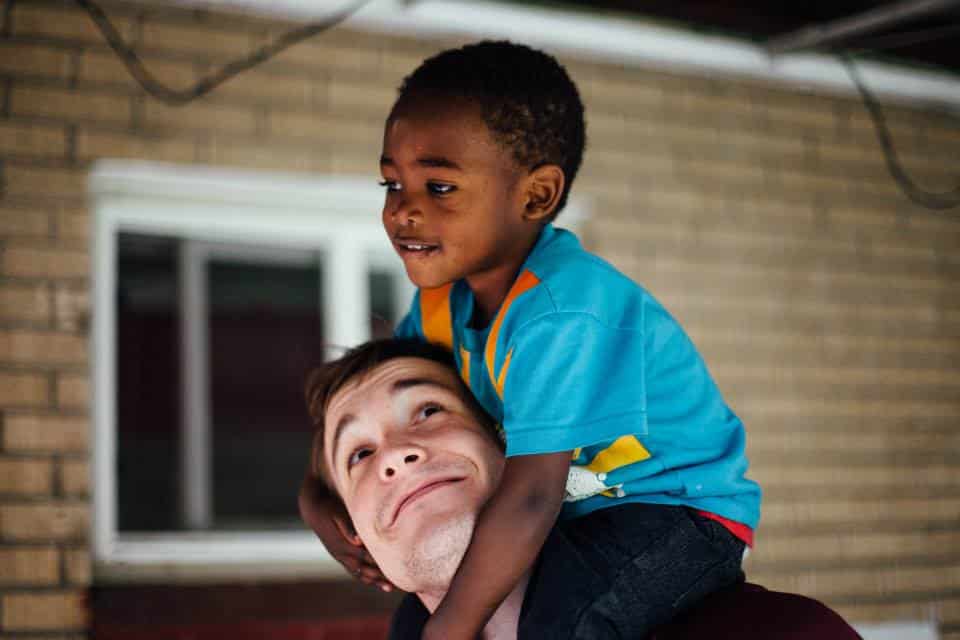 The paternalistic, charity model of serving the poor says: “I’m whole, you’re broken, and I’m here to fix your brokenness.” This mindset ensures those coming to serve the poor will despise the poor, and the poor despise those who serve. Because there is no relationship, there is no understanding. Those who show up week after week to serve realize this practice of serving goes against how they believe people are actually helped.

People walk away from serving the poor because they don’t see a model that works.

We hope to say there is another model that works. It’s really really hard, but it’s incredibly nourishing.

What’s in the future for Cross Purpose?

At Cross Purpose we’ve adopted the philosophy of Truett Cathy—the founder of Chick-fil-a—who said; “Let’s get better before we get bigger.”

We want to become first class over the last 18 months before we get bigger.

October 22 we launch a program in the richest county West of Appalachia because a church in the suburbs wanted us to teach them how to do this. We’ll start with 15 families there—in the 9th richest county in the United States. In communities where some of the greatest wealth is present, there are also people living in poverty.

I wrote down my life goals last year and wrote down: “I want to start a neighbor-loving movement within the Church of Jesus Christ.”

If people want to get involved in their community, what are the first steps they should take?

Ask the question, “Who do I come into contact with in my life who is suffering?”

Go. Endeavor to meet that need.

We just had a shooting yesterday outside of my kids’ school—two blocks from my house. The whole community was rattled. It was a junior higher shooting at another junior higher in broad daylight at 2 pm.

Parents were frustrated that they didn’t get the text message updates quick enough.

But I think we need to ask the question: “Who is suffering?”

There’s enough work there for any citizen to walk in and start loving on people. God will guide your heart. You don’t need an organization, a non-profit or even your pastor’s permission. Just go and love on people, and you will find this full life just right in front of your nose.

Tattoos on the Heart